One of the most exciting drift events in Victoria is coming up 25th and 26th of February Vic Drift Matsuri!

Entries should be opening up soon most likely 25th of January i would suggest whether your coming up to drift or watch book your accommodation quickly for this two day event.
For my Car i still have a bit to get done at the moment but at least i have tyres already, but after the last event i had some bad noises from the gearbox and also my manifold broke to the point of the turbo nearly falling off. So the Gearbox and Turbo are off the car at moment.

1. Got my flywheel machined and a Exedy Stage 2 Clutch Kit my previous clutch was a exedy heavy duty 5 puck which i never had any issues with but while gearbox is off best to replace it. 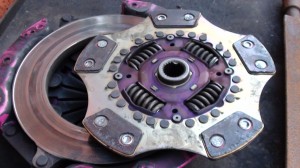 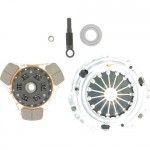 2. The gearbox is pulled apart and going to be dropped off to be stripped and rebuild to get rid of the nasty sound

While replacing the clutch i replaced the spigot bush / input bush it looked a bit squashed in the edge, there is a good trick to getting this bush out i tried circlip pliers and other tools but the method that worked was packing grease in the hole and then put a 1/2 extension with a 13mm socket on it and hit it hard with a hammer it took about 4 or so hits and it slowly came out.

3. Last event the manifold i had cracked all the way around so i am putting the stock one back on so need to do that after the gearbox is back in pictures of cracked manifold below. 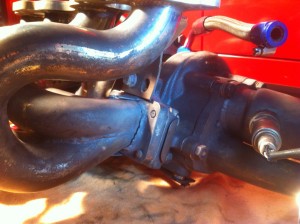 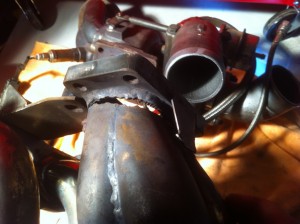 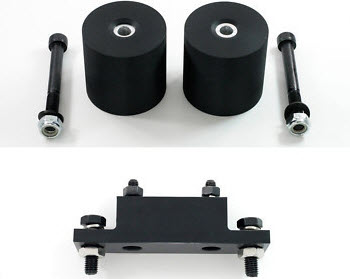